On your marks, get set… GO!  Pinewood Derby 2022 was filled with cheering, laughter, and friendly competition.  The scouts’ creativity was alive as they turned simple wooden blocks into imaginative creations expressing interests from speed, to animals, to sports, to humor, and MORE SPEED!  Some scouts gathered to prep their cars at New England SciTech woodworking shop in early January; others stealthily prepared at home.  All enjoyed the fruits of their labors as the cars ran heat after heat. By derby’s end, the top 12 cars speeds were separated by less than 0.1 seconds!! 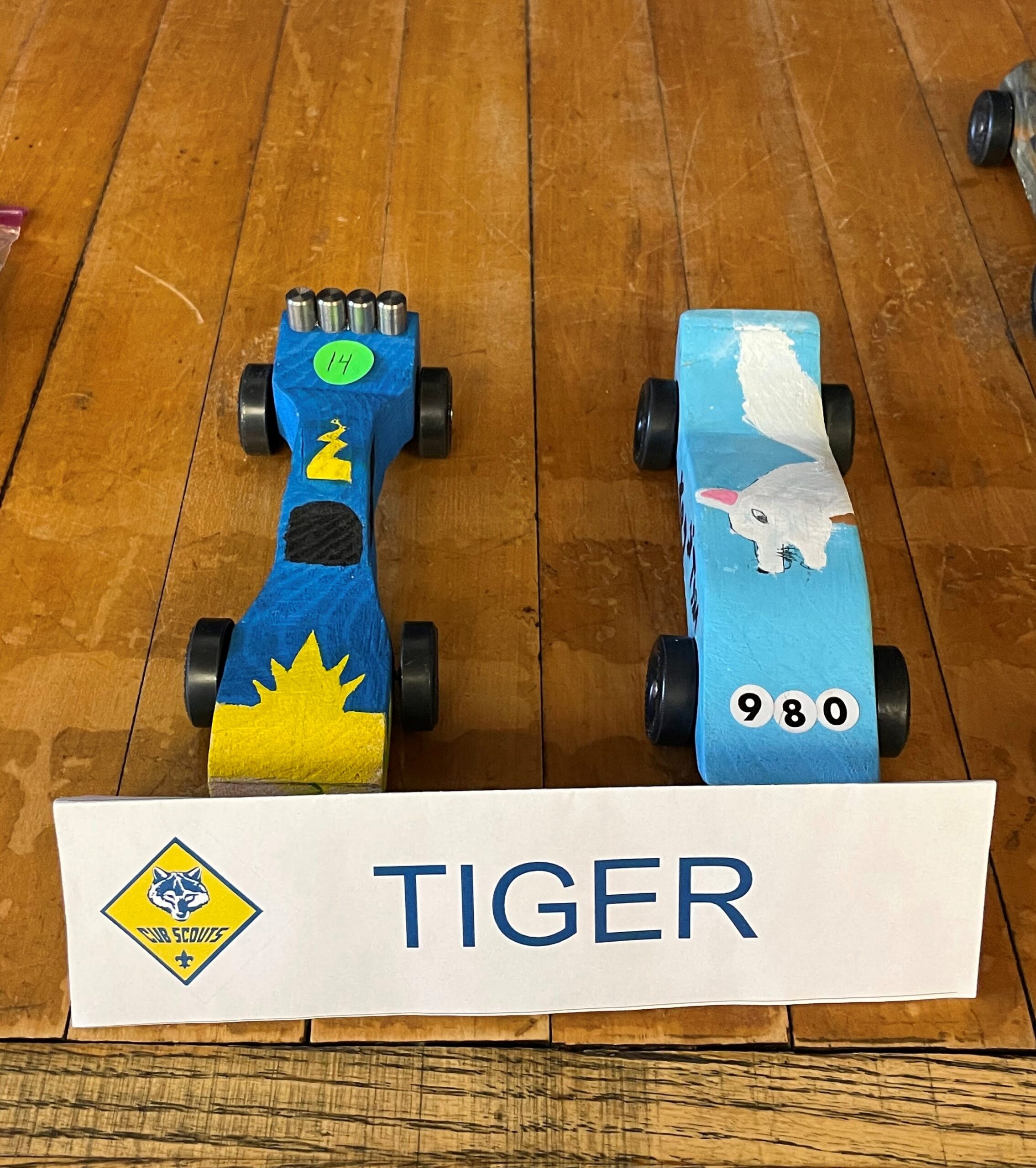 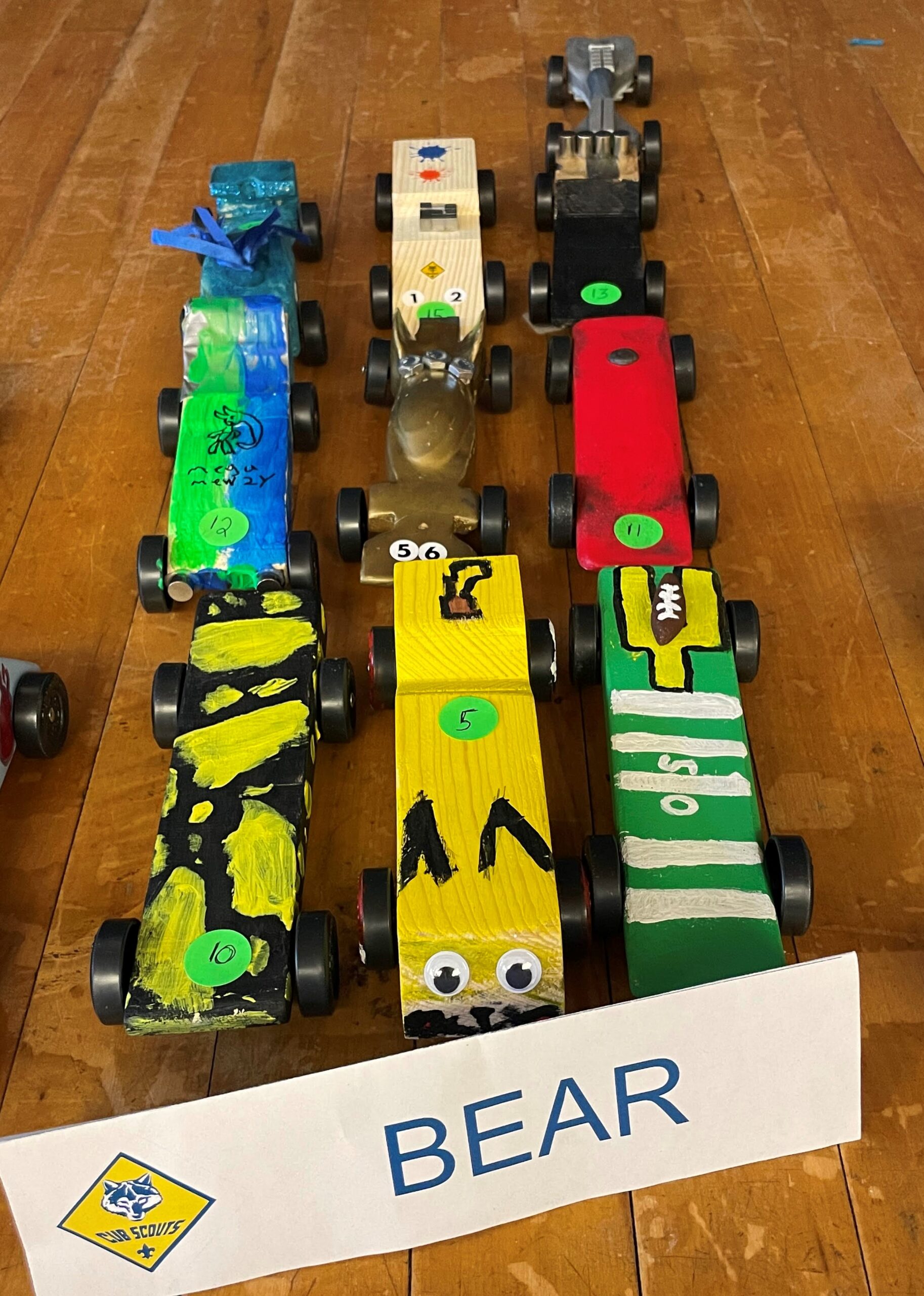 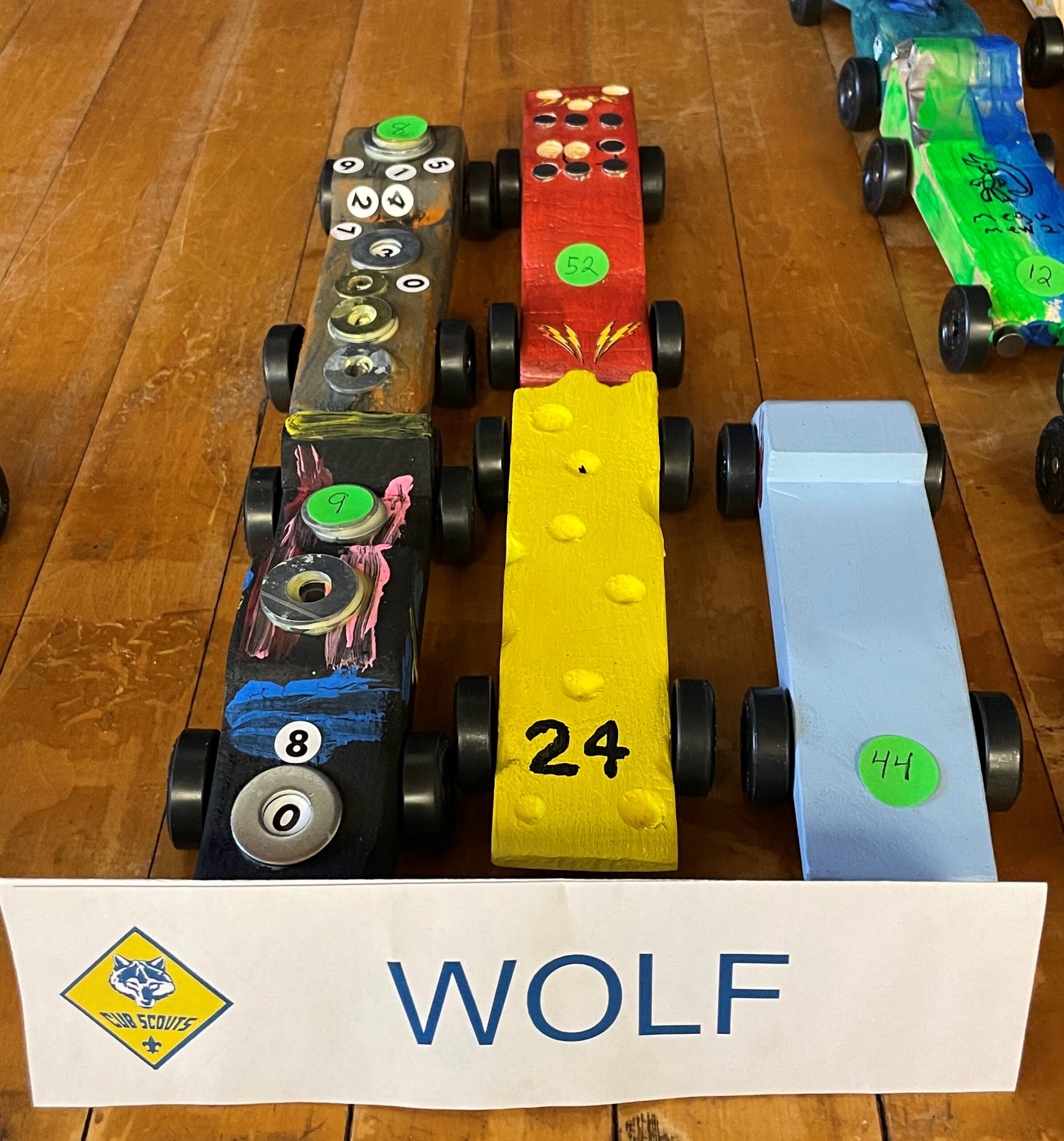 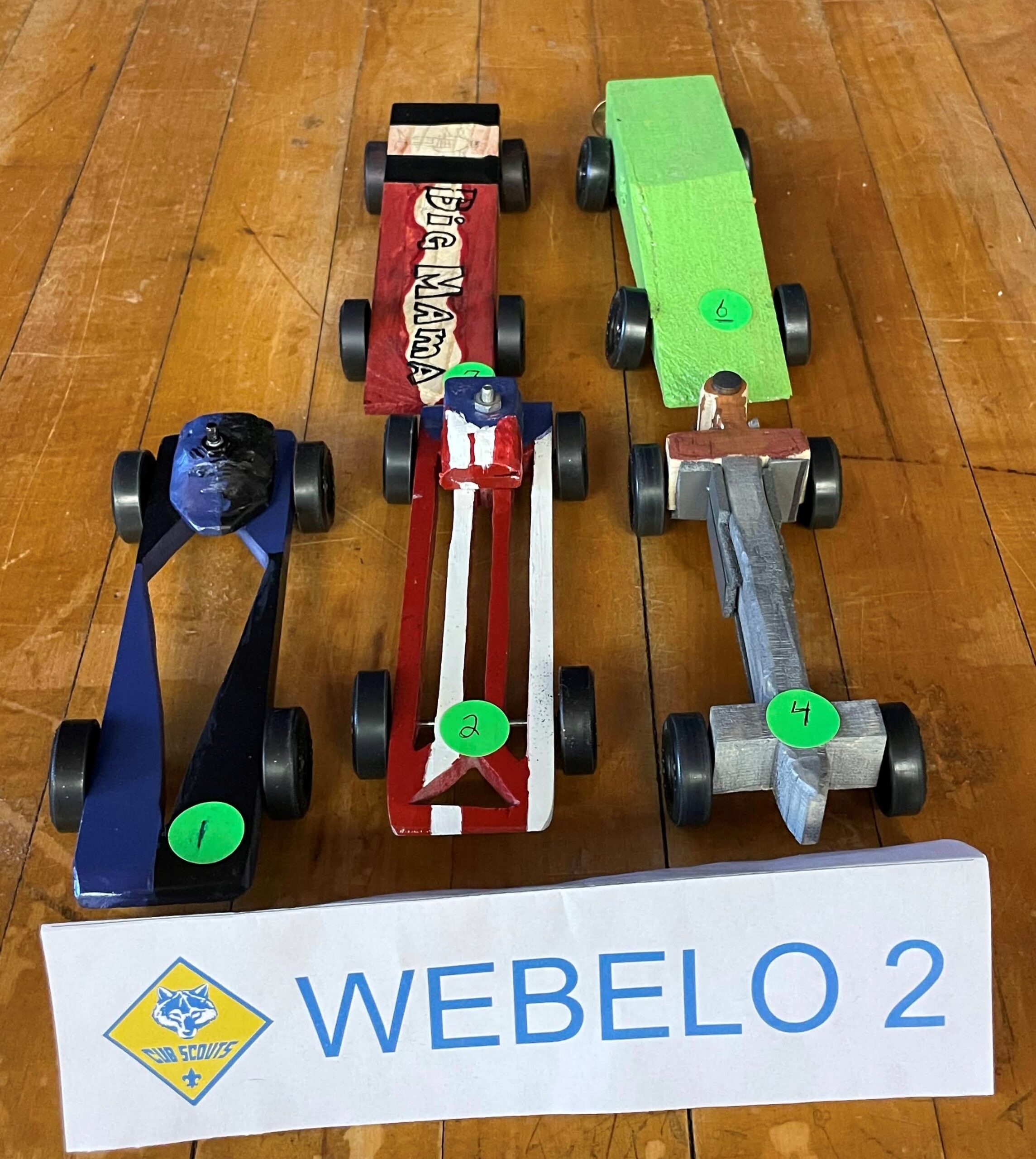 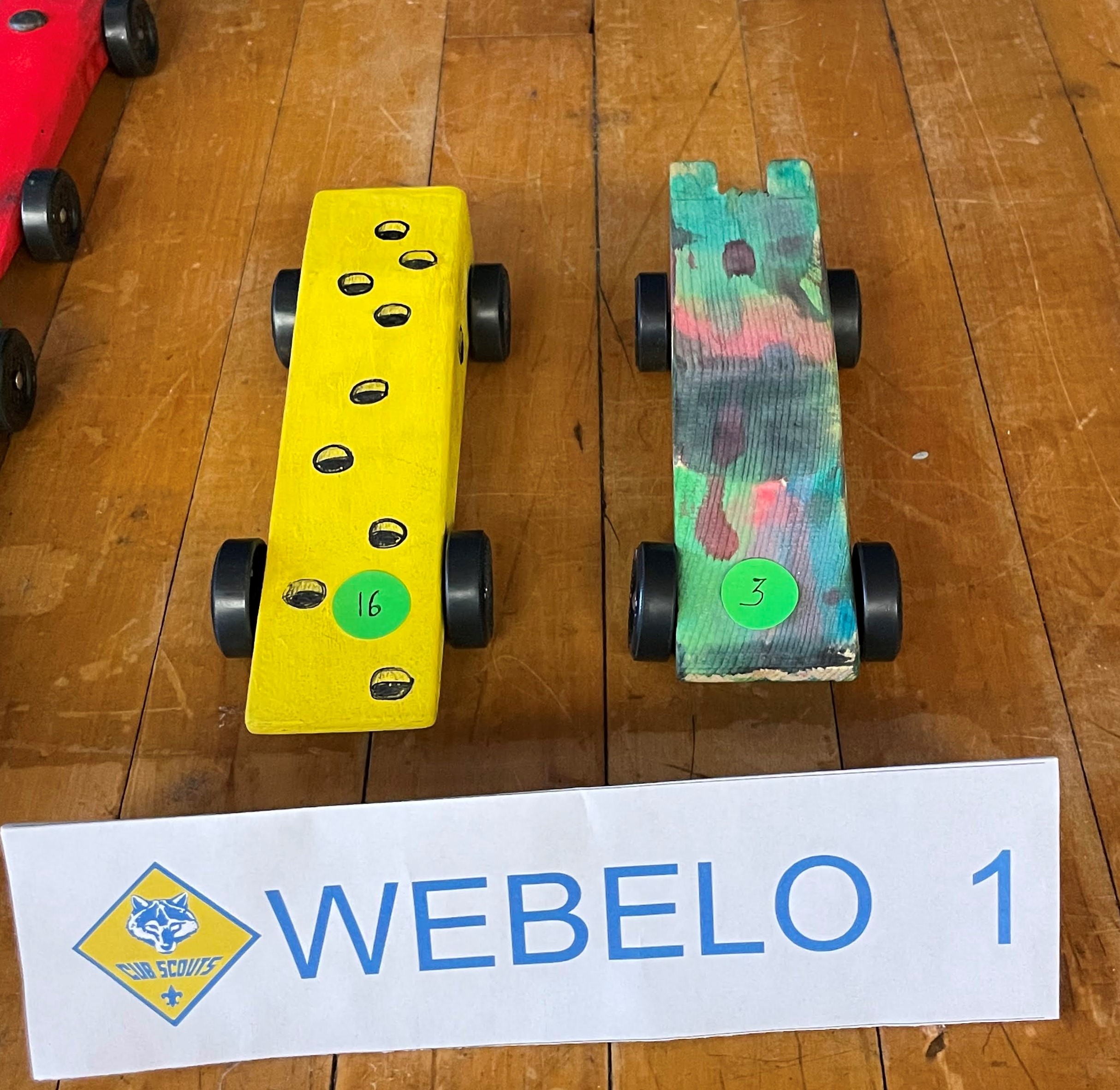 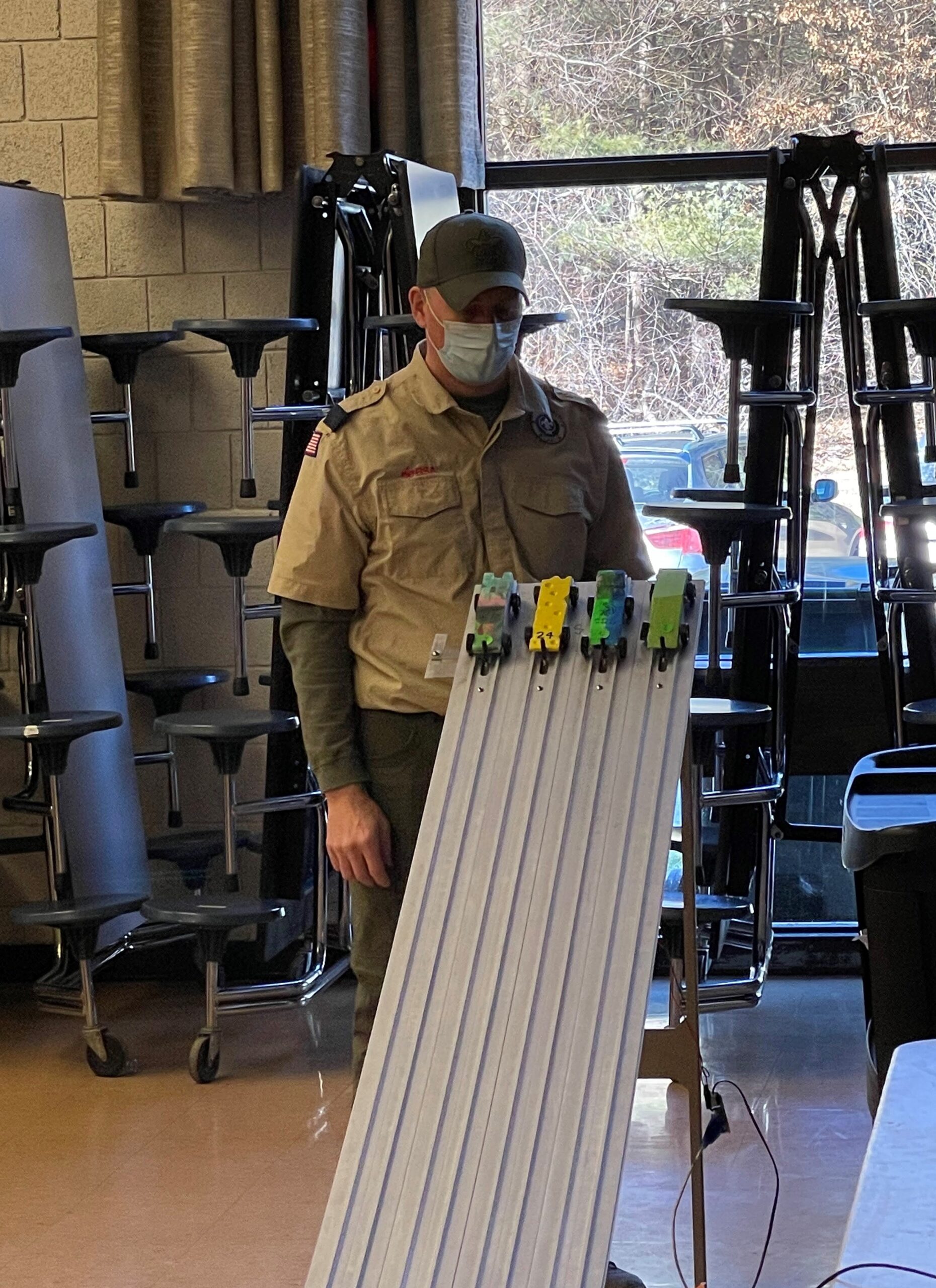 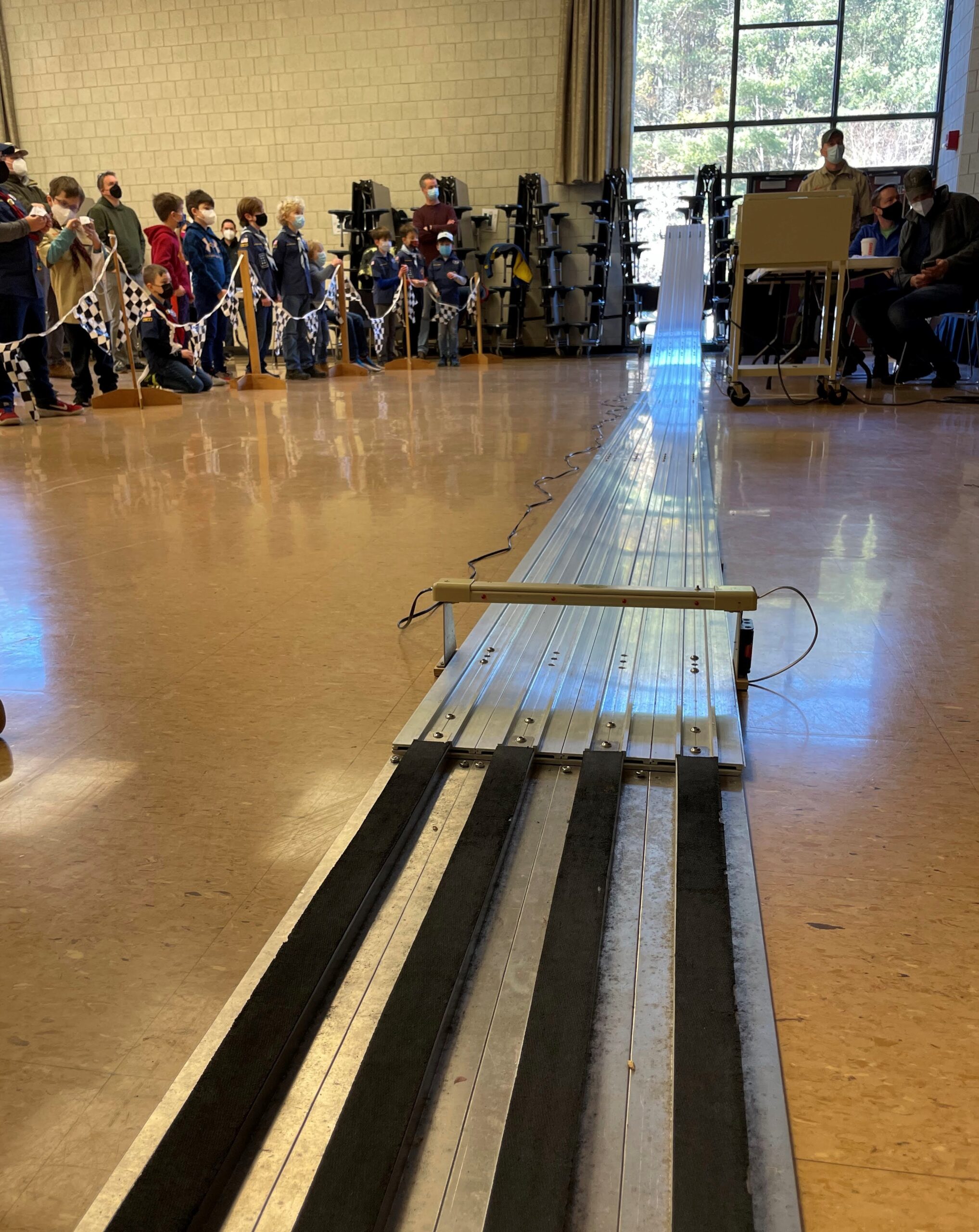 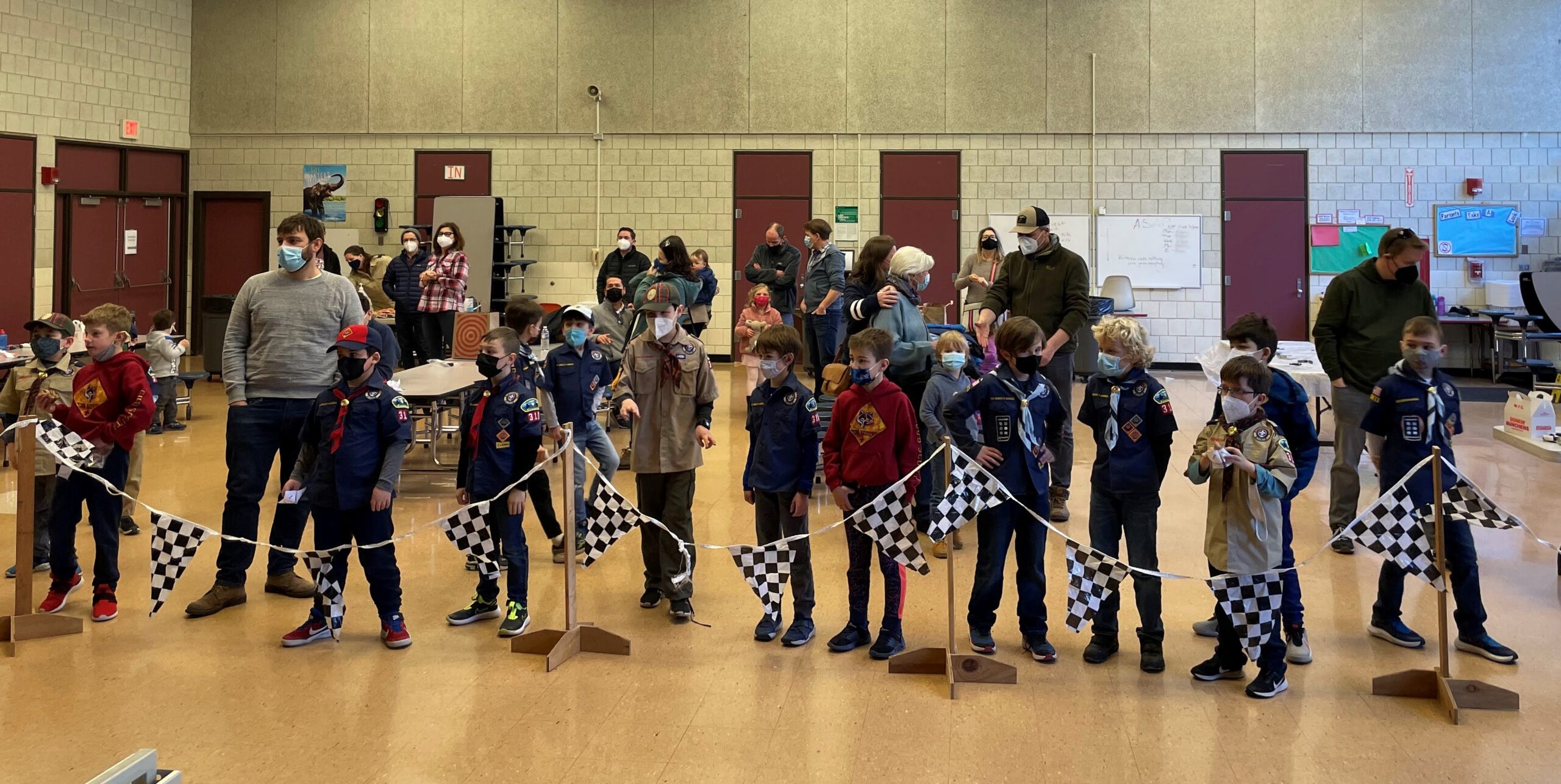 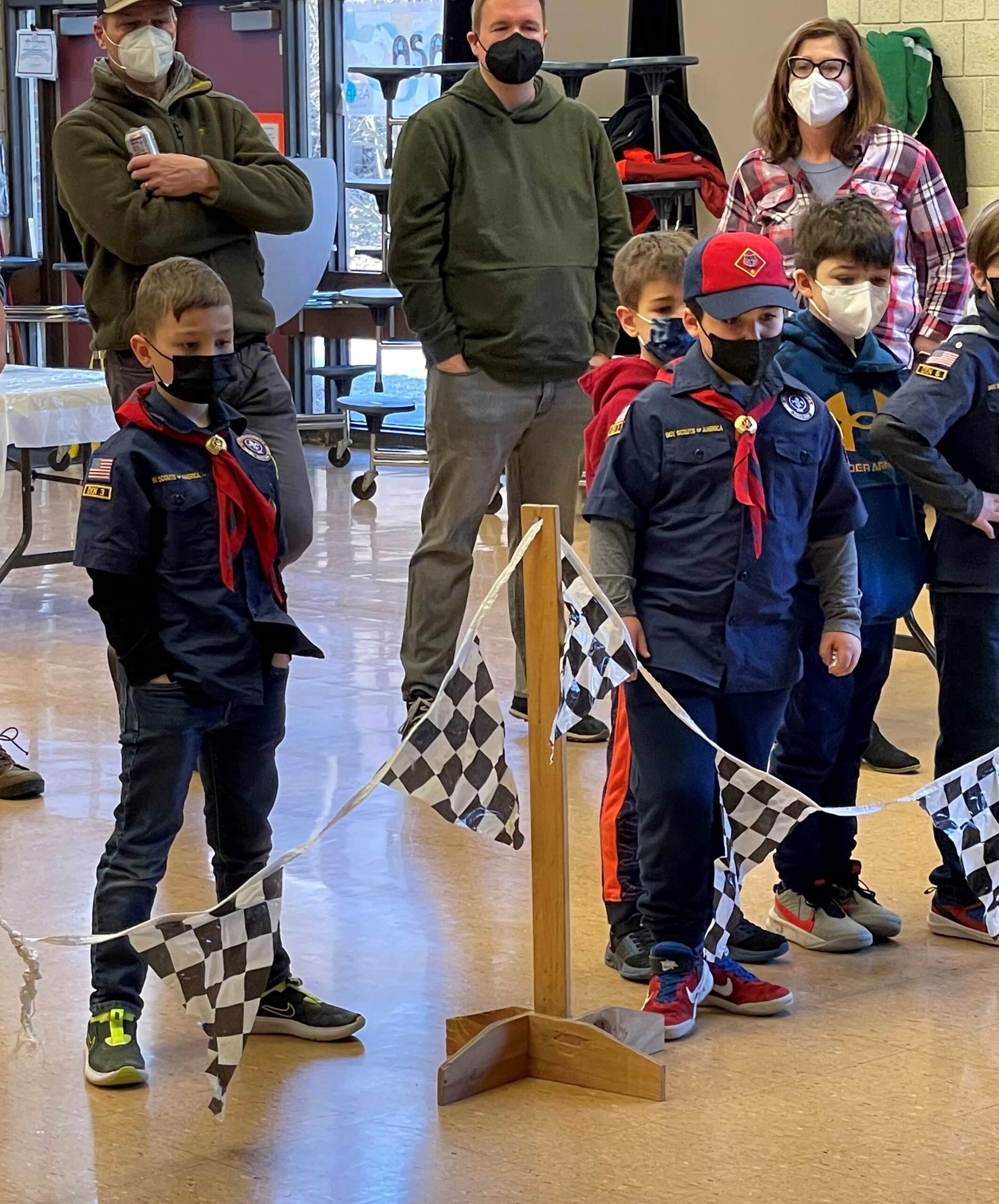 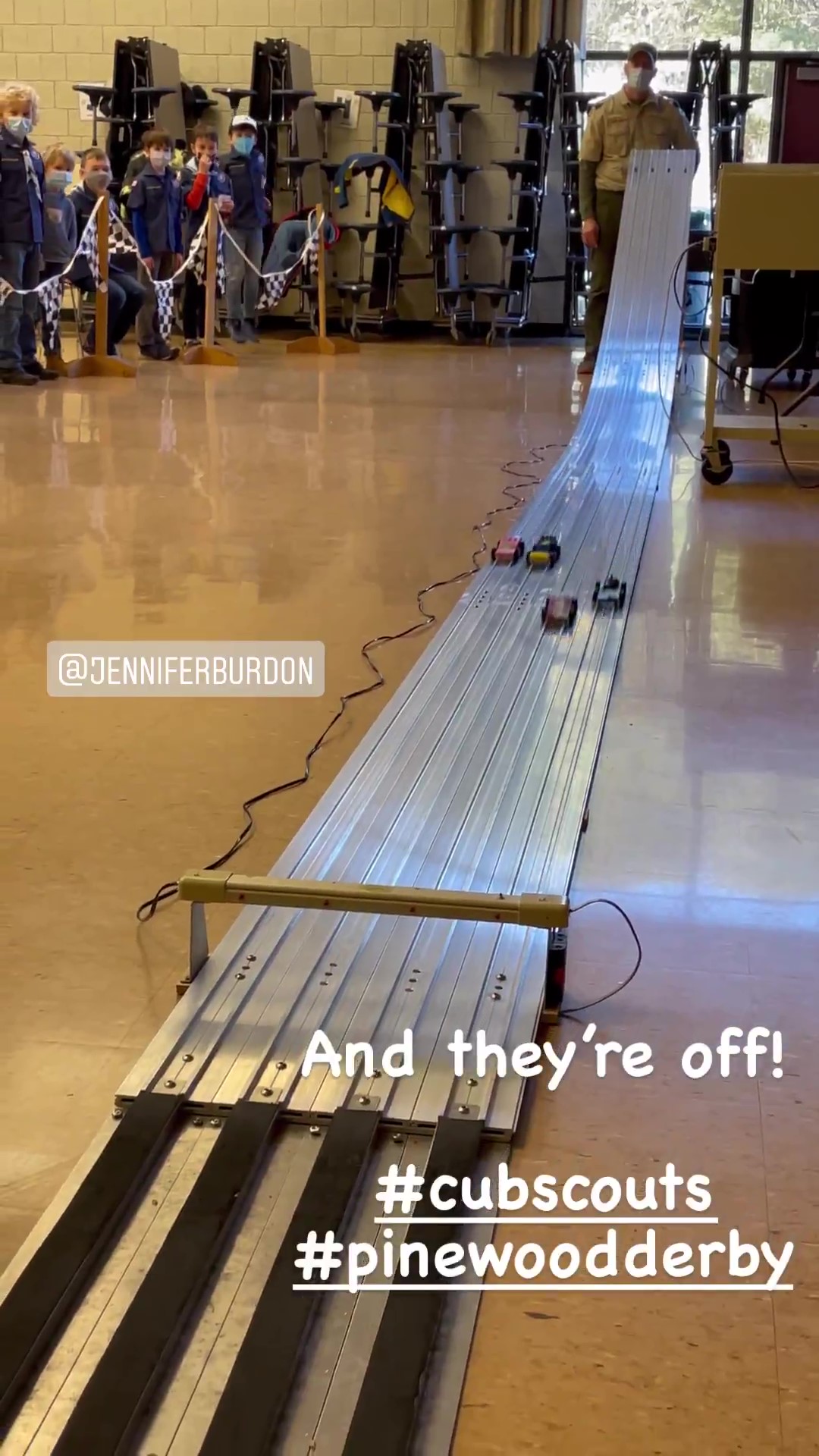 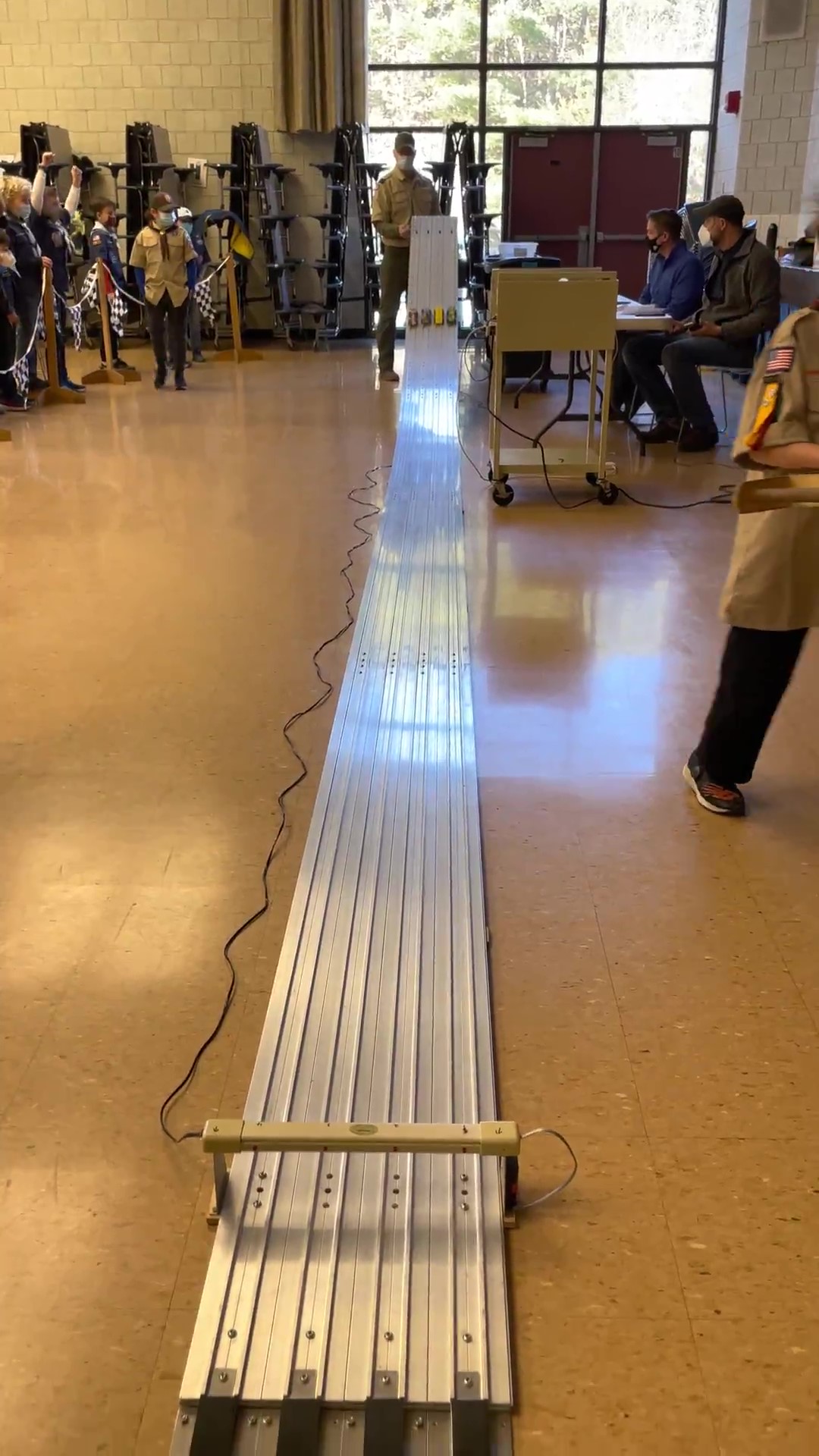 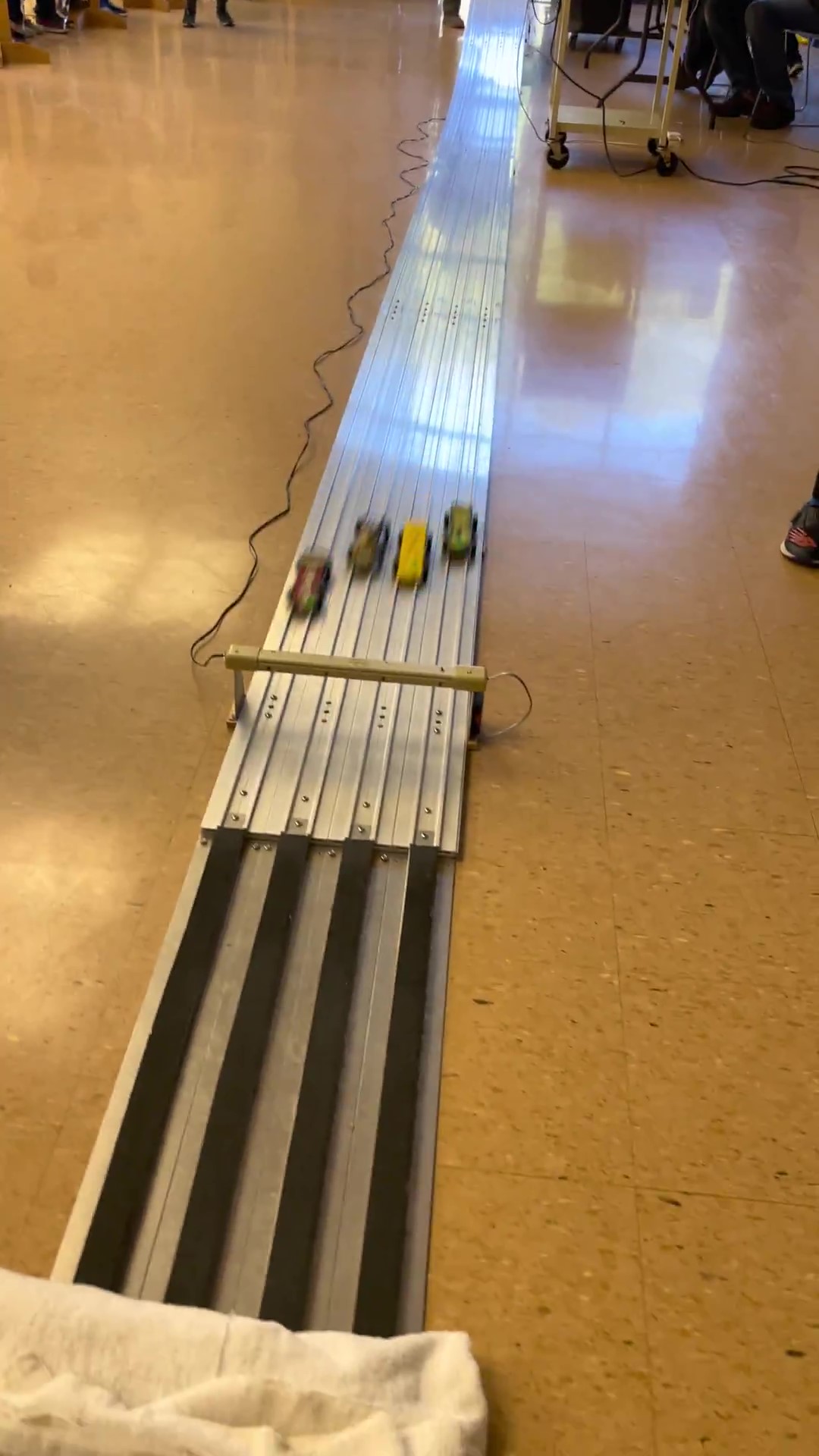 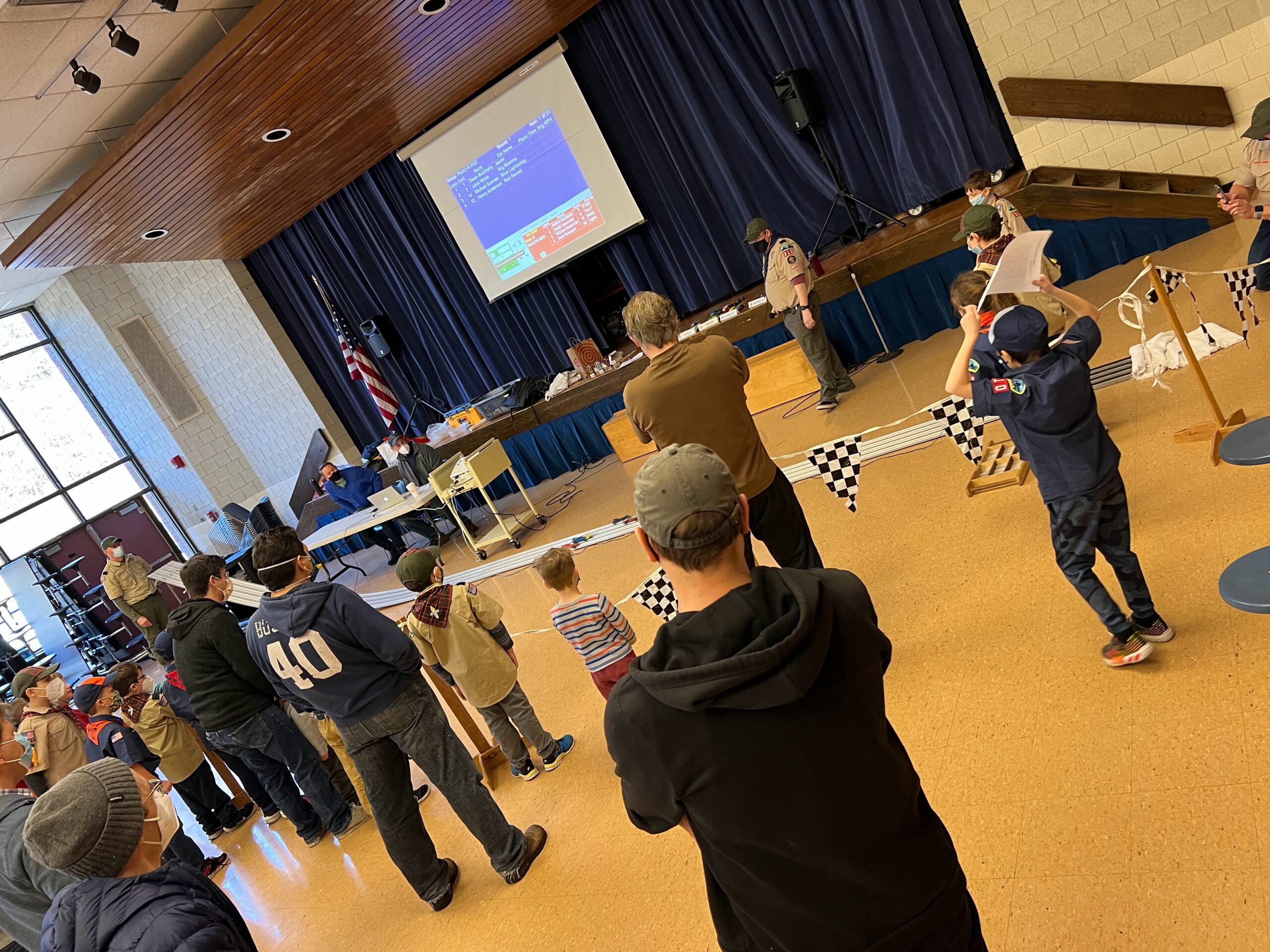